Rats are most active during the summertime and, believe it or not, some people even enjoy keeping them as pets. On the other hand, a rat infestation is never a good thing and requires professional help in many cases. Before you attempt DIY methods to stop infestations, there are many so-called facts about them you should know, that are not true. Here’s a list of some common myths about rats:

Rats can be seriously infectious and are often to blame for spreading a number of dangerous diseases by transporting mites and fleas that harbor deadly pathogens. There are other reasons as well why they are a health hazard. Examples include biting humans, contaminating water and food with their droppings, urine and fur.

It is often believed that cheese bait is ideal when trying to take care of a rat infestation the DIY way. This is not the case as there are a number of foods and substances that are more effective when it comes to baiting rats. Try using: dried fruit, chocolate, meat, peanut butter and even cotton balls. Cotton balls are particularly attractive to female rats as they represent an ideal nesting material.

Rats Are on Par With The Human Population

The notion that there are as many rats as there are humans in any given area is one of the oldest and most widely spread myths around. Its roots are found in a study conducted in the early 1900s that stated the rat population in England was around 40 million. Because England’s human population was also around 40 million at the time, people have long connected these two statistics to suggest that modern cities as well contain equal numbers of rats and people. Reality dictates that this number is much lower and varies depending on the specific area.

This is untrue because rats tend to escape to confined spaces that cats can’t access, as well as because rats breed incredibly fast. There’s also the fact that a cat’s ability to hunt and interest in doing so varies greatly depending on the individual, all of which means cats typically aren’t an effective tool for controlling rat populations the DIY way.

Faced With A Rat Infestation? Call Truly Nolen Right Away

As you’ve seen, rats can be dangerous to humans in more ways than one, in addition to being damaging and an overall nuisance. Keep in mind that contacting a professional pest control company is always the recommended option for dealing with a rat infestation. If you’re considering such a solution, keep in mind there’s no better choice than Truly Nolen. A company that has more than 75 years of experience in solving pest infestation problems and is home to professionally trained technicians. Get in touch with Truly Nolen today and ensure your home is rat-free. 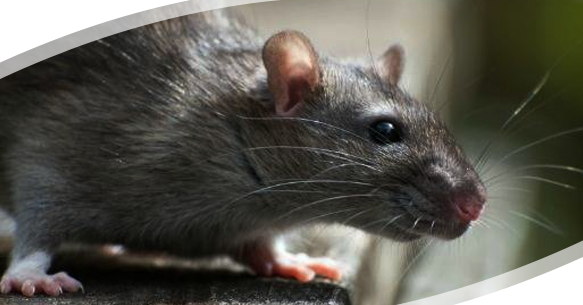 Why Are Mice Being Spotted More During the COVID19 Lockdown

Keeping Rats from Nesting in Your Vehicle

Keeping Rats Out the Humane Way

What Do Rats Eat in Winter?