Wasps and bees are insects no one typically wants to have anything to do with. While they might be unpleasant to look at and certainly to suffer a sting from, it is important to understand that they have a vital role to play in the ecosystem. For some people though, they are commonly a nuisance and pest that cause problems for countless Canadian homeowners. Summer being their most active time. Knowing more about these occasionally aggressive insects can lead to better avoiding stings. Professional pest control for bees and wasps is the recommended solution if you spot a nest near or on your home or property.

Wasp And Bee Pest Control: Getting To Know The Critters

Wasps live in colonies that only last one year. The newly produced queens survive the winter while the rest of the colony dies in the fall. In order to mate with males, the queens leave their nests in late summer. After mating, the queens seek out sites to lay dormant during the coming winter such as small crevices and spaces. When the temperatures warm the following spring, these queens become active and search out favorable nesting sites to build a new colony.

Honey bees, on the other hand, survive more than one year. When hive temperatures reach 57 degrees Celsius, the bees form a cluster. The cluster becomes more compact as the temperature drops and bees inside the mass consume honey to generate heat. This is done so that the other bees do not freeze. Provided there is enough honey in the cluster, a strong colony can successfully survive temperatures as low as -30 degrees Celsius or lower.

Contrary to popular belief, there is a difference between wasp and bee stings. Wasps are able to pull out their stinger without any injury to themselves and are able to sting more than once. The stinger is not left in your skin if you get stung by a wasp. In contrast, a bee stinger remains hooked in your skin because it has barbs. As the bee attempts to fly away, its stinger is torn out of the abdomen and because it is connected to its digestive system, the bee dies shortly after. If you do get stung, DO NOT try to pull out the stinger between two fingers as this will only force more venom into your skin. Instead, try to scratch out the stinger with your fingernail and make sure to also keep the attached venom gland with it. Some people suffer allergic reactions as a result of a sting. Symptoms include:

Wasps and bees can be dangerous to try to remove by yourself. If you are allergic to wasp or bee stings and don’t know it, the result could end up being fatal. That is why the absolute best solution for removing these pests from your home or property is professional pest control for bees and wasps. Truly Nolen is at your disposal for any and all types of wasp and bee removal services day or night. With more than 75 years of experience in insect and pest removal, Truly Nolen is THE go-to resource for your infestation issues. Contact Truly Nolen today and let the professionals help you keep your family safe from pesky wasp and bee stings. 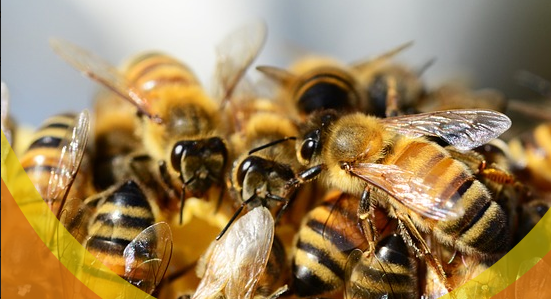 Stop Wasps And Bees From Nesting In Your Yard