Of all the pests you hear horror stories about, houseflies rarely seem to get a mention. Cockroaches, rodents and bed bugs seem to be the celebrities of the pest control world. Is it because houseflies pose little threat? Are they an insect we have no reason to worry about? Quite the opposite.

Houseflies, just like other pests, can cause harm inside your property. We’re going to discuss some of the little known facts about houseflies, and why you don’t want them inside your home. If you find yourself with a housefly problem, you’re going to need to contact the professional pest control experts. At Truly Nolen, we don’t underestimate the damage that any pest can cause.

Some Surprising Information About Houseflies

Most people don’t often know much about houseflies. We know that they contaminate our food and seem to be ever-present. Though they are believed to have been native to Asia, houseflies are now found everywhere in the world. In fact, they’re found everywhere that humans are. This is an important relationship. Houseflies benefit from human beings and other animals. They’re rarely found in the wild because they share our food, in whatever form they find it.

Different flies have different lifespans. Houseflies are believed to live for an average of 6 days. In that time, a female housefly will lay around 120 eggs. And that’s just one fly. Imagine how many new flies you could be dealing with if several female houseflies find their way into your home.

They taste with their feet, and their wings can beat up to an astonishing 1,000 times in one minute alone. That would explain the loud buzz, right? They’re not known for traveling far and tend to stick to where the food is. And that food could be anything, but it seems that they are particularly attracted to our waste. Piles of human waste, food waste, compost, and even animal waste are a banquet for houseflies.

Just How Dirty Are They?

Houseflies are incredibly filthy pests. In order to eat, the food has to be liquified. If it isn’t, they’ll project an enzyme-rich substance on to the solid food and consume it when it has been liquified. What goes in must come out and almost every time they land on a new surface, houseflies will immediately leave their droppings. See where we’re going with this?

These habits present a huge amount of risks to people. Thanks to the less-than-hygienic habitats that houseflies spend their time in, they’re capable of transmitting a lot of bacteria. There’s a good chance that flies are transmitting disease and even sewage excrement all over your food. The bacteria they spread can cause stomach problems, skin problems, and other infections. The same goes for other animals and even the plants in your home. Houseflies may not bite and are incapable of stinging, but their presence alone could be bringing nasty parasites into your daily life. If some of the female house flies manage to lay their eggs, then you could find yourself with a serious pest control problem.

So instead of learning about the habits of yet another pest, let us deal with your problem. At Truly Nolen, our technicians have seen it all before. We know where to look for house flies and their eggs, and will take full control of your pest problem. After identifying your pest and finding their nest, we remove them as quickly as possible. We’ll also futureproof your home so that you don’t have to worry about them coming back. Call us today for a free quote and leave your pest problems behind.

Why Do You See Fruit Flies in Your Home This Winter?

Fruit Fly Facts That May Come In Handy This Fall

How to get rid of drain flies.
How you can make pest problems worse by trying to solve them yourself. 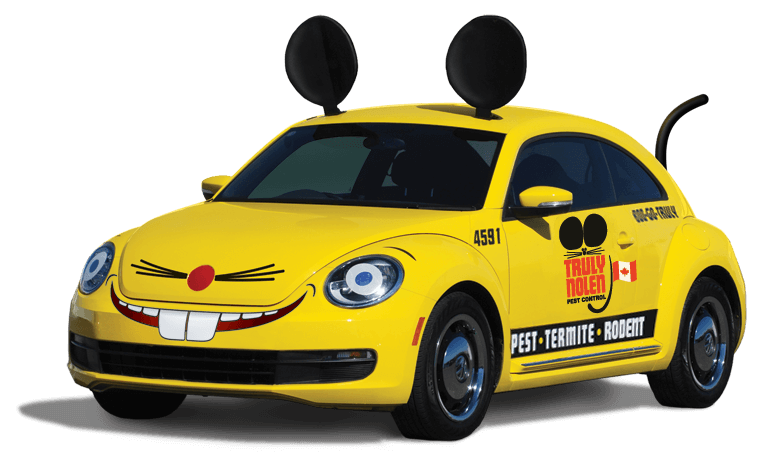