Wasps and bees come in many types and sizes. While these pests are often similar looking in size, they are quite different. Wasps and Honey bees are often seen as a benefit to the environment by providing a great source of organic pest control in gardens, farms, and crops. Though they are great for the environment, they can be potentially harmful to humans and animals.

Bee and wasp stings can cause significant reactions, ranging from pain that is localized to serious or potentially fatal conditions. In order to keep your family healthy and safe from potential stings, it is important to know everything you can about bees and wasps and how to handle their presence.

What is the Difference Between Wasps and Bees?

Wasps and bees are often mistaken for one another since both are capable of delivering painful stings. Identifying the difference between wasps and bees is important when it comes to treating stings and identifying infestations in your home or yard. Bees measure around 2.5cm long with hairy bodies while wasps vary in size but have smooth and shiny skin. Most bee colonies can have populations close to 100,000 while wasps have smaller colonies.

What Are the Most Common Bees & Wasps Found in Canada? 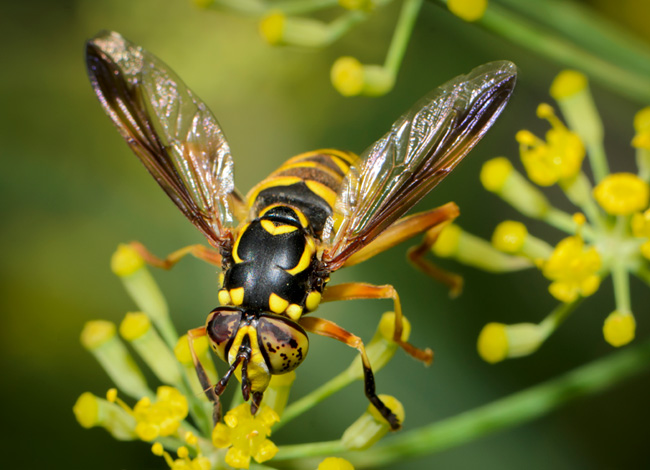 In Canada there are several species of both wasps and bees that human beings and their pets may come in contact with. Yellow Jackets is a generic term that is applied to a number of wasp species. The most common species in Canada that is often referred to as a yellow jacket is Vespula. Yellow jackets build nests out of paper with some nests getting quite large. Nests can be found in hollow trees, attics, roof soffits, and other areas that are not frequented. Yellow jackets will keep their distance from humans unless their nests are disturbed. If you get too close to their nest they will attack in numbers and their stings are quite painful. 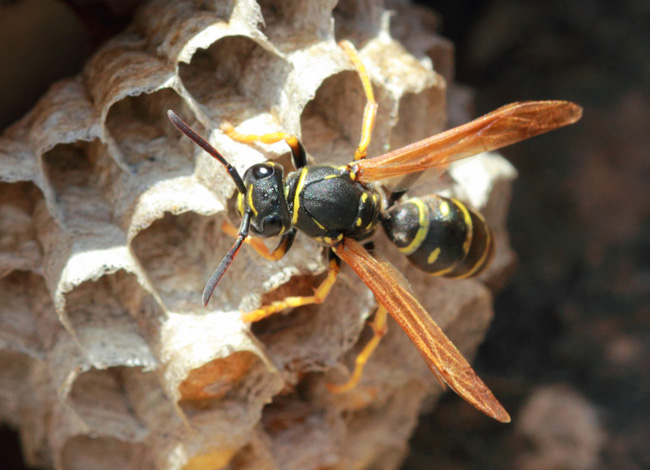 Paper Wasps build nests out of paper as well but unlike yellow jackets they usually build their nests in exposed areas such as window frames. Paper Wasp nests rarely exceed the size of an outstretched hand and populations vary between 15 to 200 individual wasps. 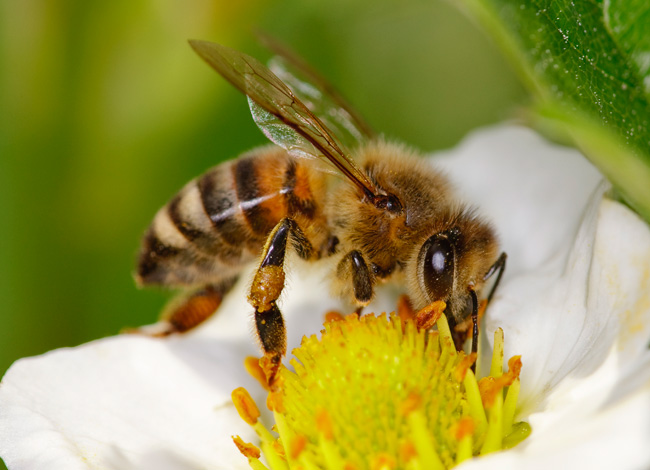 Honey bees are a social species that lives within colonies with the queen. Honey bees are only aggressive when they feel their colony is in danger. A honey bee is only capable of administering one sting in its lifetime since their stinger is attached to their intestines. When a honey bee stings it releases a venom that includes pheromones that will alert other bees telling them to attack. Unlike bees, wasps can sting multiple times throughout their life.

How to Treat Stings from Bees and Wasps

If you have been stung by a bee or a wasp, unless you are allergic, there are a few steps you can take at home before seeking medical treatment. Remove the stinger with tweezers or scrape it away using your fingernail – do not pinch the stinger as this can inject more venom. Control swelling to the area by icing it down. If you were stung on your arm or leg, elevate it. For pain, take an over-the-counter painkiller such as ibuprofen. If you’re feeling itchy apply a mixture of baking soda and water or a calamine lotion. Seek emergency care if you’re experiencing shortness of breath, tightness of the throat, abdominal pain, fast heartbeat, or loss of consciousness.

What if I have Wasps or Bee Nests in My Yard? 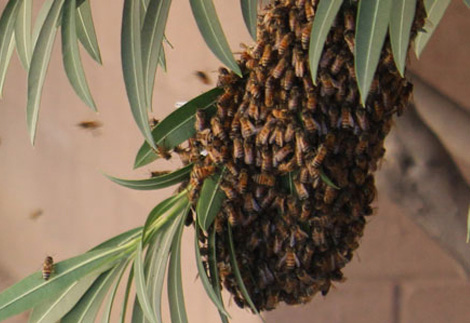 While you might be tempted to douse chemicals or water on a visible nest in your home, it is best that these infestations be left to professionals. Spraying the nest will cause the pests to go into defensive mode which will trigger aggressive behavior and increase the chances of an attack. A professional will also take the time to carefully remove the nest and relocate it to a safer location. Bees are very important creatures and if possible their nests should be saved and relocated to an area where they are no longer a nuisance.

For more information about bees and wasps in Canada you can visit our website at www.trulynolen.ca.